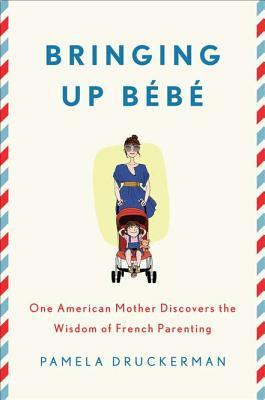 In the last couple of weeks, I read Bringing Up Bébé by Pamela Druckerman. For those of you not in the know, this is a memoir of sorts that Ms. Druckerman wrote about her experiences as an American mother raising children in France. I found myself laughing and learning frequently in this book. I rarely read memoirs, in fact, this may be the first I’ve ever sat through, but the subject matter was intriguing to me: how the French raise their children. Culturally, it’s quite different than we Americans raise our kids, and I found myself wishing that even for a few years, my kids could have the influence of the French.

One thing I found intriguing was the idea of expectations. In one chapter, Ms. Druckerman describes how the expectations of life are much different in France than in America, and it filters into their literature, especially for kids. Where in our children’s books, we have a story that gets resolved in most cases, and things become “perfect” (or as close to perfect as the author can make them so they’re left with a feel-good effect), the French stories published on the other side of the pond are more true to life. She describes one story in a very popular French children’s series where one character is mean to another (don’t remember the context now, and I had to return the book to my library!) They work on the problem through the book, and I believe the mean child eventually apologizes to the other character… In an American book, that’d be the end of it, but the French book finishes with a final scene where the mean child repeats the same type of offense as originally started at the beginning of the book.

While I thoroughly enjoyed all of the rest of the book, and have learned several things that I’m going to try to implement with my own children, that story about French literature really stuck out to me, probably because I’m a storyteller. I love the art of storytelling, love learning about the so-called “rules,” love digging in to my own stories to figure out what’s working and what’s not.

And I can’t help but think I’ve approached it in a fully American way.

In adult fiction, it’s a bit easier to have an ambiguous ending to a story. Fine. We’re adults, we can handle it. But, I can’t think of any stories I’ve read to my kids where there’s not a happy ending. And, as Ms. Druckerman pointed out, that’s not really all that true to life. It leaves kids with a false sense of what should happen in life, that our problems can be solved easily, when often, things are much more complex.

I love a happy ending just as much as anyone. I always get a bit teary-eyed at the end of Return of the Jedi when Han and Leia come to terms, and it’s obvious they’ll be getting together. Same goes for the end of Pride & Prejudice, and a whole host of other books and movies.

But, should we always let our kids watch shows or read books where problems are easily, and fully, resolved? Wouldn’t it be better to expose them to life, and give them a sense that life isn’t going to always be full of lollipops, roses, and puppies? As in the French book referenced in Bringing Up Bébé, wouldn’t be better to let our kids know that friends won’t always repent, and are just as likely to repeat the same offenses over and over?

I, for one, think that would be a benefit to kids.

What are your thoughts? Do you remember reading any books with ambiguous endings as a child, or were all your book choices ended in a happy way?

I can be found regularly Co-hosting Lasers, Dragons, and Keyboards, as well as D&Ding with the Agents of the Nexus group on Twitch.

Recently on the Blog